Skip to content
JollyGoodGifts is user-supported. When purchasing through links, we may earn commission.

Looking for Russian gifts for a friend, relative, guest or student? We’ve identified 20, from the familiar to the offbeat, gifts that are sure to get you a big “pasib” (“thank you” in Russian).

Russian Teas
Made by Russian tea company Kusmi, this gift set of traditional teas comes with a mesh infuser and 5 varieties of tea: Prince Vladimir, Bouquet of Flowers, Anastasia, Troika and Saint Petersburg. Traditional Russian tea has an Earl Grey base. Enjoy these variations on the theme.
$29.30 ($5.86 / count)
$29.30 ($5.86 / count)
SEE IT
Russian crystal tea glasses
These famous Russian tea glasses have an beautifully-patterned metal base that holds the engraved crystal glass cup. The metal base originally was designed to make it easier to hold glass tea cups on long train rides.
$57.99
$57.99
SEE IT
Moscow Mule Gift Basket

A fun celebratory gift basket geared toward guys. The Moscow Mule is a classic cocktail that originated in 1941, when Sophie Berezinski immigrated to the US with 2,000 copper mugs from her father’s factory in Russia. In a desperate effort to offload them, she knocked on the door of vodka distillery owner, Jack Morgan. At the time, Americans didn’t drink much vodka. They combined forces to popularize the liquor with these iconic mugs and some ginger beer. This basket comes with lines, gourmet popcorn, Tito’s vodka, ginger beer and a copper mug. Also includes a greeting card for personalization.

Are you looking to send a gift to someone living in Russia? Through GiftBasketsOverseas, you can send a special basket to 329 different locations in Russia. We like their Russian Delights basket, featuring a bottle of Stolichnaya vodka, red caviar, crackers, olives and two shot glasses. Comes with gift wrapping and a greeting card. You can browse 600 more Russia-delivered gift baskets on their website.

A sweet treat for chocolate lovers, A. Korkunov brand is well known in Russia. They have a boutique in Moscow. Known for high quality ingredients and adhering to classic recipes, your friend or family member will love them. This set includes three different varieties. You can ship these directly to Russia and many other countries including the US.

Prices vary
SEE IT
Matryoshka doll measuring cups
Also referred to as Babushka (grandmother) dolls, these nesting doll figures are known around the world for their distinctive design. While developed in 1890 in Russia, Matryoshkas were originally inspired by a Japanese stacking doll. Along with the traditional grandmother theme, other popular versions include peasant girls and soviet leaders. We recommend these fun nesting doll measuring cups.
$11.96
$12.99
SEE IT
Please to the Table: The Russian Cookbook
This 1990 cookbook is full of various tasty recipes, from the traditional Borscht to Pomegranate Grilled Lamb Chops, reflecting the wide geographic coverage of the former Soviet Union spanning from former Yugoslavia to Azerbaijan. Great for entertaining or a just quiet romantic dinner. And always great with vodka.
$23.77
$29.95
SEE IT
Traditional Russian candies
Know a sweet tooth? Give a variety pack of yummy Russian candies. We recommend a pack that comes with Mishka Kosolapy (the clumsy bear), “The Squirrel” and “The Alionka” (named for a little girl) because of their strong cultural impression within the country.
$20.95 ($1.31 / Ounce)
$20.95 ($1.31 / Ounce)
SEE IT
Russian-Made Matryoshka Dolls
This set of ten hand-painted Matryoshka dolls each depict a different historic building, from Moscow’s Red Square to the Kremlin.  Packed in a velvet bag, they make a brilliant gift that’s a cut above your standard nesting doll.
SEE IT
Russian-Style Silk Folk Shawl
This lovely traditional patterned floral shawl looks chic on women of all ages. A great value for the price, she’ll be thrilled with the lovely pattern and quality material. Wear on cool evenings around the neck, waste or head. This versatile shawl is a must-have.
SEE IT
Russian-style winter hat
For those sub zero days, there’s nothing more comfortable than the traditional Russian head-engulfing at to keep you cozy and warm. We recommend a version with a slightly more modern spin, which will still look quite Russian but not like it came from a costume shop.
$19.99
$19.99
SEE IT
CD: Best of the Red Army Choir
No matter your ideology, the music of the Red Army Choir transcends its political background as a masterful men’s chorus singing in a style and level of precision you won’t here today. The group won first place in the singing competition at the Paris Universal Exhibition in 1937. When you listen you’ll understand why.
$11.10
$17.91
SEE IT
Moscow Mule mug
Sip this famous drink from an original copper “Moscow Mule” cup, a must for any serious cocktail aficionado. But it’s also great at keeping any drink cold. The mug linked below gets rave reviews for its solid construction and aesthetic appeal.
SEE IT
Russian Lotto (Bingo)
Packaged in a colorful, red Russian tin, this game of Lotto includes little wooden kegs, cards and currency. A traditional Russian favorite, Lotto is easy to learn and makes for a fun evening activity. To learn more about how to play Lotto, read this article.
$27.99
$27.99
SEE IT
Natasha’s Dance
If you want to immerse yourself in the Russian soul, read plenty of Tolstoy and Gogol. But if you want to make cultural connections and understand how it all fits together, Natasha’s Dance is a must have book. This book delves into cultural questions like: what explains Russian’s romantic obsession with peasants? And many more. Nicely structured into thematic chapters, you’ll get a true sense for what it means to be Russian, without any white washing.
$12.50
$30.00
SEE IT
Faberge Egg
Originally made between 1885 and 1917 by the Fabergé family, these prized possessions became especially famous when they were given as Easter gifts to the imperial family starting with Tsar Alexander III. Over the years, they have taken on a life of their own and come in many varieties.
$72.90
$72.90
SEE IT
Faux Fur Throw Blanket
Russians love their fur. Bring some warmth into the home with a faux fur blanket, perfect for cuddling up and enjoying some infused vodka on a cold day.
$26.99
$29.99
SEE IT
The Master and Margarita
This classic of 20th century literature by Mikhail Bulgakov is a must read for anyone interested in being transported back to 1920s Moscow in a most fantastical and satirical manner. The devil comes to visit a city recently stripped of any religion. A real page turner.
$10.62
$16.00
SEE IT
Russian Santa
Looking for a great Russian-themed Christmas present but don’t want to break the bank? This high quality, detailed Russian santa will be the highlight of the Christmas tree. Painted by hand.
$13.06
$17.92
SEE IT
The Gift by Vladimir Nabokov
This evocative work of Russian literature, translated into English, is a tribute to historic authors such as Gogol through a more modern lens. Authored between 1935-1937, it tells the tale of a young writer dreaming of the day his book is published. Great for fans of Russian literature who want something new.
$8.00
$16.00
SEE IT

What “Russian” gift ideas should you avoid?

1. Knives. In Russia, it is believe that they will bring about disagreement.
2. Gift cards. Russians may take more offence to an impersonal gift such as a gift card compared to Americans. 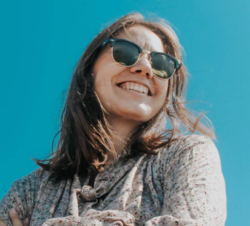