–Males give flowers and phone calls, females give special gifts and paper cards–

We surveyed 600 people via Google Consumer Surveys to discover how Mother’s Day participation differs between genders. 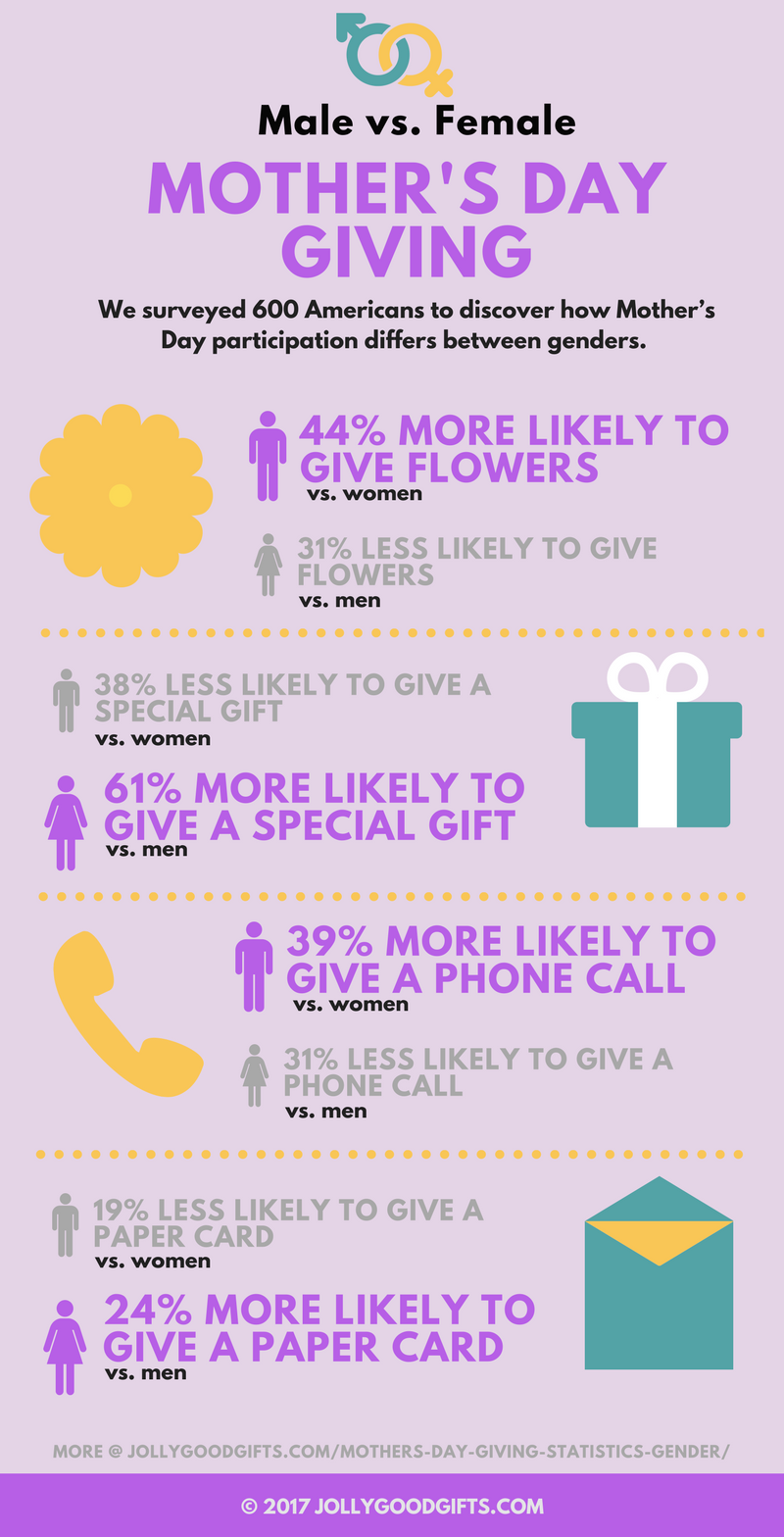 Please include attribution to jollygoodgifts.com with this graphic. 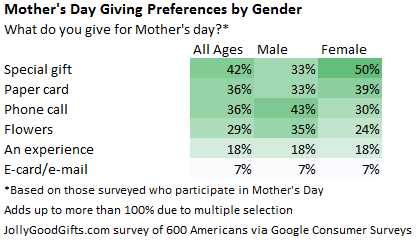 We found males are…

While females and males participate in Mother’s Day giving at about the same rate, their giving patterns differ in key areas. Females prefer to shop for special gift ideas for their mothers, while males gravitate toward flowers. The stereotype that men hate shopping applies here: Men desire to find an easy solution with the standard flowers, while females prefer to get creative and find other gift ideas. Females show less interest in engaging with their mothers by phone than males, preferring to send a paper card. The sentimentality of card giving may be less appealing to males compared to a phone call.

Our results also show that about 46% of males and 44% of females do not participate in traditional Mother’s Day activities at all. While this rate may seem high, older respondents included in our survey may not have a mother anymore. Only 35% of 55+ year olds give their mother something while 70% of those under those under 45 partake, according to our survey. The full survey results below are based on respondents who participate in Mother’s Day.

Check out our list of 38 top-recommended Mother’s Day gift ideas for 2017, based on research from Google.