JollyGoodGifts’s 3rd annual consumer survey reveal Amazon is the shopping origin of choice for an increasing share of consumers. 53.3% of respondents reported starting their shopping searches on Amazon, up from 50.5% in 2018 and 49.7% in 2017. Less than 36% said they start on Google in this year’s survey, while only 11.1% use a different website or app, down from 13.2% in 2017. In sum, Amazon’s dominance in the shopping ecosystem shows no signs of slowing, Google’s share is wobbling sideways, while other websites/apps fight for a smaller piece of the overall pie. 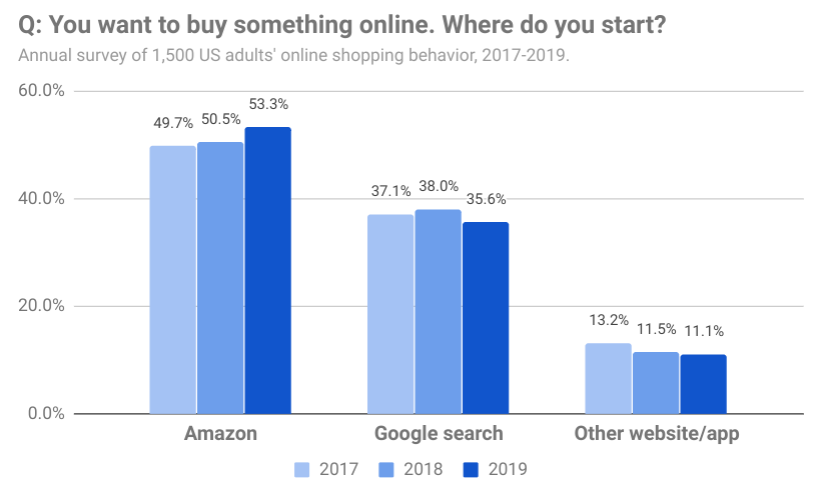 Other findings from our survey:

We surveyed 1,500 online consumers in 2017, 2018 and 2019 respectively (4,500 total) in the late spring/early summer. We used Google Consumer Surveys, which adjusts results to normalize for regional, age and gender among the responses.